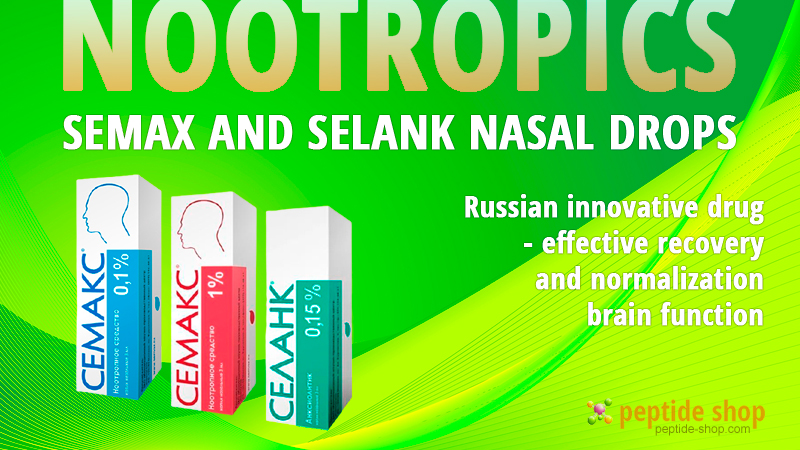 SEMAX® is once of the most popular nootropics on the market. It has neuroprotective and neurogenic properties. Semax is used not only for treating anxiety and sleep disorders, preventing Alzheimer’s, but also to stimulate the central nervous system and enhance memory, focus, mental and physical performance, analytical skills. It does not have side effects and non-addictive. It was claimed the Semax is 1000 times stronger than Nootropil (Piracetam). Semax works by stimulating the release of neurotransmitters in the brain and maintaining their optimal level. 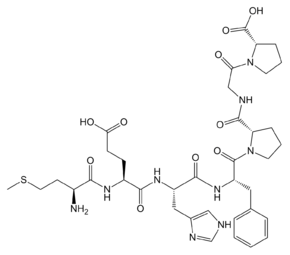 Semax (Semax, CAS 80714-61-0) belongs to the group of neuropeptides and is used as a nootropic drug. The molecule of this peptide includes seven amino acid residues: Met-Glu-His-Phe-Pro-Gly-Pro (MEHFPGP), which is reflected in the name - from abbr. "Seven amino acids".

The drug Semax was developed and obtained by Russian scientists under the guidance of Acad. I.P. Ashmarina (Institute of Molecular Genetics RAS, earlier - Research Institute of Molecular Genetics, USSR Academy of Sciences). Studies of the drug have been conducted since 1982 for more than ten years. In the 1980s and 90s. repeated preclinical experiments on animals were carried out; in 1990-1994 - clinical trials of phase I and in 1994-1996. - phase II, and then the peptide entered medical practice. On the territory of the Russian Federation, Semax in the form of nasal drops is registered as a drug belonging to the pharmaco-therapeutic group of nootropic drugs, according to the anatomical-therapeutic chemical classification - "other psychostimulants and nootropic drugs" (code N06BX), and is included in the "Vital and essential drugs preparations ". Semax is prescribed as part of complex therapy in the acute period of moderate and severe ischemic stroke. In addition, Semax is prescribed by practitioners for the treatment of hereditary degenerative diseases (Parkinson's disease, Alzheimer's, Huntington's chorea) and chronic cerebrovascular accident caused by atherosclerosis of the cerebral vessels.

Semax is characterized by a unique mechanism of neurospecific effects on the central nervous system. However, an exact description of it has not yet been given, although there is some evidence that Semax acts on melanocortin receptors. Thus, it was reported that the peptide acts as an antagonist of α-melanocyte-stimulating hormone (α-MSH) in relation to the melanocortin receptors MC4 and MC5. The drug affects the activation and expression of brain neurotrophic factor (BDNF), which promotes neuronal development, and trkB, a receptor that enhances neuronal survival.

Semax in its structure is a synthetic analogue of corticotropin, which has antihypoxic, antioxidant, neuroprotective and psychostimulating effects, but, in contrast to natural closely related compounds, does not exhibit hormonal activity. Semax practically does not show toxicity in various schemes of use, and it has an effect similar in effectiveness to piracetam (nootropil) when used in a dose of ~ 6 thousand times less than the latter. Note that the term "nootropics" (Greek nους - mind + τροπή - aspiration, affinity) or "smart drugs" (English "smart drugs") is usually used to denote a variety of drugs that affect cognitive functions and corrective cognitive disorders.

Peptide Semax is a synthetic analogue of a fragment of adrenocorticotropic hormone, namely, a fragment of ACTH4-10. In humans and rodents, ACTH stimulates cognitive functions and controls the production of glucocorticoids, adrenal cortex hormones - cortisone, cortisol, corticosterone, and regulates the level of androgens, estrogens, progesterone. Bioavailability of Semax is high, especially when used intranasally - it penetrates the blood-brain barrier (GERD) in four minutes, and the effects last about a day with a single dose of 15-50 mcg / kg: cerebral circulation, attention and short-term memory improves, resistance to hypoxia increases) ... This is due to the gradual degradation of the peptide, since the half-life products retain biological activity; a significant part of the biological effects of the drug is retained in its degradation products. The longest-lived tripeptide is Pro-Gly-Pro, which is especially resistant to proteolysis. Thus, Semax can be regarded as a stabilized peptide ACTH4-7 + Pro-Gly-Pro.

Currently, research on the biological activity and new possible applications of Semax continues. The drug became the basis for the development of a series of analogs. One such drug is Selank (Selank, CAS 129954-34-3), a Thr-Lys-Pro-Arg-Pro-Gly-Pro nootropic peptide developed under the leadership of Acad. N.F. Myasoedov at the Institute of Molecular Genetics of the Russian Academy of Sciences, but it is a synthetically modified short fragment of the heavy chain of IgG immunoglobulin, lengthened and stabilized, like Semax, by the introduction of the Pro-Gly-Pro sequence. In addition, Semax derivatives such as Acetyl Semax are in the early stages of research.

SELANK® is a synthetic derivative of the human body's naturally produced tetrapeptide Tuftsin. It is used as an anxiolytic in the therapy of anxiety and phobic disorders, including generalized anxiety. Selank improves the ability to focus and concentrate, reduces mental fatigue, increases mental sharpness, improves memory and learning capacity. The supplement is able to influence the release of dopamine and serotonin neurotransmitters; the deficiencies of these chemicals can lead to depression, lack of appetite, and difficulty sleeping.

Originally created to regulate the higher brain functions of healthy people, Selank belongs to the so-called "drugs for healthy people" - a group of drugs that have the highest safety for humans.
As a result of the research and application practice, it was revealed that Selank acts without addiction, without withdrawal syndrome, without a depleting effect on the central nervous system.
Also, Selank does not interact with other drugs, which significantly expands the range of application.
Safe joint use of Selank with alcohol and liquids containing ethyl alcohol is permissible.

Nootropic stimulant of the central... 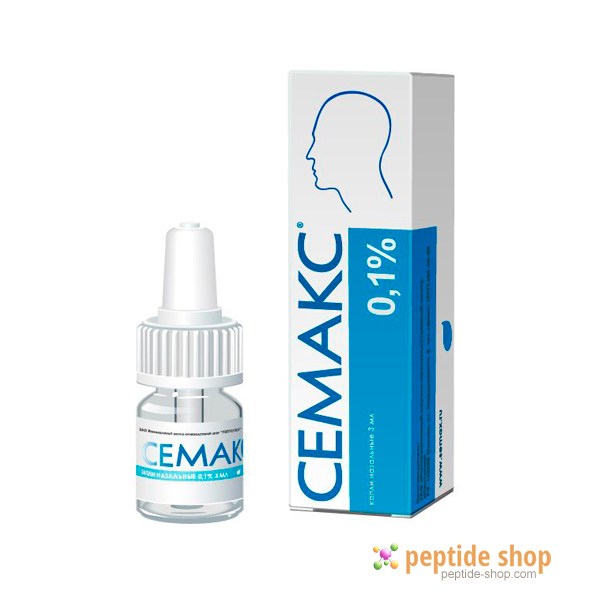 Nootropic stimulant of the central... 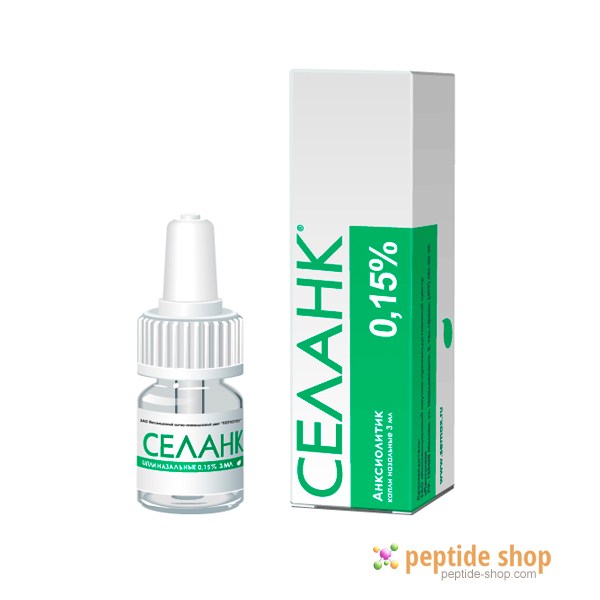 An peptide antidepressant in the form...